Wireless charging: the breakthrough medical devices are waiting for?

Miniature implants hold the possibility for drug delivery, continuous monitoring and personalised treatment wrapped up in a compact in vivo device. Now, researchers at MIT and their colleagues have developed a new system that can wirelessly power and communicate with medical implants inside the body, a huge step in realising their potential. Charlotte Edwards reports.

Personalised implants could drastically change the way medical treatments are given and received, but issues surrounding the invasiveness of such devices have hindered research. To reduce the impact these have on the body, researchers from the Massachusetts Institute of Technology (MIT) have collaborated with scientists from Harvard Medical School and Brigham and Women’s Hospital in the US to create a tiny battery-less implant, which can be powered from outside the body.

The hope is that by eliminating the need for batteries, implantable devices could be made much smaller and less invasive. The researchers believe that their new technology, called in vivo networking (IVN), could revolutionise the design of medical devices and unlock a new frontier of better drug delivery, monitoring and personalised treatments.

How does it work?

The implants used in the collaborative study are roughly the size of a grain of rice and can be placed deep within the body where they are powered by radio frequency (RF) waves.

During animal testing, the researchers demonstrated that these waves are capable of powering devices located 10cm deep in tissue, from a distance of 1m.

Such implants have various applications and so their use in treatment would depend on what a patient required. For instance, the miniature implants could release drugs directly into a region of body on a controlled time frame, or could be placed in other areas to provide stimulation when necessary.

Our goal was to wirelessly power and communicate with tiny devices implanted deep within the human body.

Senior author of the wireless charging study Professor Fadel Adib explains the challenges his team faced: “Our goal was to wirelessly power and communicate with tiny devices implanted deep within the human body. “The key challenge in realising this goal is that wireless signals attenuate significantly as they go through the human body. This makes the signal that reaches the implantable sensors too weak to power it up.”

The researchers addressed the weak nature of radio waves inside the body by using numerous antennas to emit signals at marginally different frequencies. These waves then overlapped and integrated during travel and the overlapping of high points generated enough energy to power an implant. The wireless tech is also capable of powering more than one device at a time, which could be useful should a patient require simultaneous treatment in several areas of the body.

Despite the challenges, the implants have been successfully tested inside various living mammals, but particularly in swine models. During these swine tests the device was implanted under the pig’s skin, as well as 10cm deep in the animal’s stomach. The researchers believe that when the implants can finally be tested in humans they could be life changing for patients suffering from numerous diseases.

MIT has released a video which explains the research: 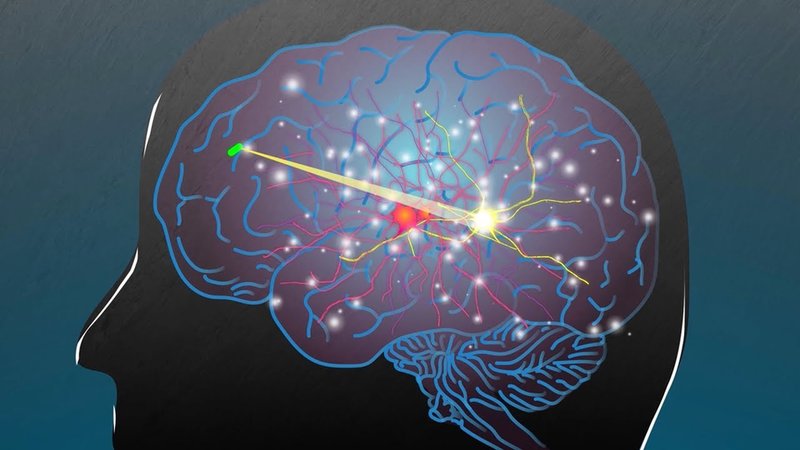 What impact could the technology have?

“In vivo networking can enable many applications, like performing controlled drug delivery to treat diseases like malaria or Alzheimer's when placed inside smart pills, measuring the condition of organs and tissues - such as pressure, glucose, gut microbiome - and sending data to the outside world; and treating diseases like Parkinson's or epilepsy when integrated with deep brain stimulators,” says Adib.

Brigham and Women’s Hospital assistant professor Giovanni Traverso has also highlighted other potential medical implications of the device. In an interview with Digital Trends he said: “The incorporation of [this] system in ingestible or implantable device could facilitate the delivery of drugs in different areas of the gastrointestinal tracts.

In vivo networking can enable many applications, like performing controlled drug delivery.

He added: “Moreover, it could aid in sensing of a range of signals for diagnosis, and communicating those externally to facilitate the clinical management of chronic diseases.”

Although the device has clear benefits, the question still remains whether implanting a device that is emitting signals from within the body could have a negative impact on the surrounding tissue.

Adib, however, appears positive that there will be no such repercussions. He said: “RF signals are safe for humans so we don’t envision negative implications.”

What’s next for in vivo networking?

With regards to when the system will be on the market, Adib stressed that the technology is still in its early stages, but could be available for purchase within the next five to ten years.

The researchers are now working on making the power delivery more efficient and are hoping that it will be able to transfer over greater distances in the future. Moreover, they think they can make the device even smaller than its current size.

The technology also has the potential to be used in areas other than medicine, so the team will be investigating its ability in the field of retail analytics and ‘smart’ environments, which could enable longer-distance object tracking and communication.